It's official–Collegewise is now open for business in Bellevue, Washington.  For the uninitiated, Bellevue is across Lake Washington from Seattle and is known as a Seattle "boonburb" (a large, rapidly growing city that remains essentially suburban in
character even as it reaches populations more typical of urban core
cities).

If you're a Bellevueite (or if you live near the Bellevue area) and you'd like some help finding and applying to the right colleges, we'd love to hear from you.

END_OF_DOCUMENT_TOKEN_TO_BE_REPLACED

Our Collegewise counselors are in the heart of college
application season with our seniors.  And while we'll certainly help to
ensure that our applicants don't make spelling errors or mistakenly write,
"I love Duke so much, my internal organs actually ache," in an essay
being sent to NYU, there are other mistakes seniors should avoid that might not
be quite so obvious.  So this month, we're sharing five things seniors
should never do when applying to college.

1.  Don't use an embarrassing email address.
We've seen students list some pretty questionable email addresses on college
applications.  And by "questionable," we mean that we felt
compelled to ask, "Do you email your mother from that email address?"  We're not suggesting that admissions officers make decisions
based on whether or not they like your email address.  But that doesn't
mean it's a good idea to run the risk.  It's fine to have an email address
with a little personality and verve.  Videogamer@email.com is fine.
Britlitreader@email.com might even score you some likeability points.  And
we're fairly certain that ihatetheyankees@email.com would at the very least go
over well with schools in the Boston
area.  But if it's an email address you'd hide from your parents, get a
different one (a different address, not a different parent) to use just for
college applications.

END_OF_DOCUMENT_TOKEN_TO_BE_REPLACED

Preparing for and applying to college is
never without at least a little anxiety.  But this year, our nation’s
economic crisis is adding a new layer of college-related worry for
parents, kids and counselors.  In addition to any possible personal financial fallout, many of
you may have seen the steady stream of recent articles in the press describing
colleges’ belt-tightening plans in the form of budget cuts, hiring freezes, and
suspended capital campaigns.  Naturally, people are wondering how, if at
all, this will affect kids and their college choices. I’m writing you this post to answer some of these questions.

END_OF_DOCUMENT_TOKEN_TO_BE_REPLACED 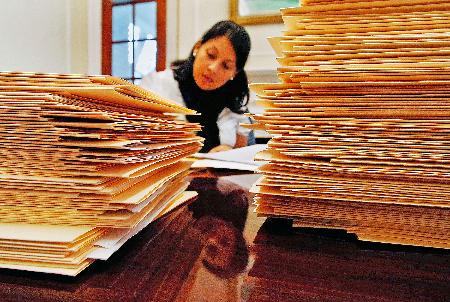 All the admissions officers we've met are good people who
would much rather admit than deny kids. But during the pressures of admissions
season, some applicants' actions can drive the admissions folks crazy. Here are
five tips to make sure you don't inadvertently hurt your case.

You can avoid most common mistakes in college applications by reading and following
the directions.  For example, if a college asks you to list your
activities in the space provided, and you send them a resume instead, you just
showed them that you couldn’t follow a pretty simple direction.  So read
the directions and do exactly as they instruct you to do. No matter how much
you think you might be helping your case by doing things your own way, you’re
always better served following directions.

END_OF_DOCUMENT_TOKEN_TO_BE_REPLACED

Collegewise is looking for the next college counselor to join our team in Irvine, CA.  Here is the job description.

We wanted to give our blog readers and those in the Collegewise family a chance to chime in and refer people they think just might be the right fit for us.  So we’re offering a $1,000 reward if you find us the right person, payable after the hire completes three months of successful work here. We’d also be happy to donate the fee to whomever you choose.  And if there is no referrer, we’ll donate the money to College Summit.

The job description link above has all the information.  Forward this, blog it, whatever you’d like.  Please send only the best people you know as we’re fairly picky.  Thanks in advance for helping us with our search.

"In the Pac-10 schools, where does USC stand, academically?"

That’s the question my neighbor asked me today.  And he was surprised when I told him there was almost no way to answer it.

He told me he thought that Stanford had to be "on top," followed by Berkeley and then UCLA.   But he wasn’t naming those schools based on the quality of the education or the success of their graduates.  He did what lots of parents and students do; he deduced that the harder it is to get admitted, the better the school must be.

END_OF_DOCUMENT_TOKEN_TO_BE_REPLACED

Yahoo posted an article for job-seekers today about how to handle the "What is your biggest weakness?" question.  College-seekers need to know how to handle that question, too.

College interviewers may ask you the same question.  College applications might have sections in which you are asked to tell them if you've ever been subject to a disciplinary action at school, or to tell them about a time you failed, or to share an experience in which you learned a hard lesson.

How should you handle these questions?

First, if anyone tells you to mention a weakness that is actually a strength, like, "Sometimes, I try to hard to help people in need", tell that person to beat it.  They're giving you just plain stupid advice.  No interviewer, college or otherwise, will be impressed by your supposed strong weakness.

A better approach is to just be honest.

You've got weaknesses; we all have them.  You've made mistakes; we've all made them.  Smart, mature students know this.  They don't hide behind their mistakes.  They own up to and learn from them.  They aren't ashamed of their weaknesses.  They try their best and then stand proud of their efforts.

Colleges need kids who are aware of their weaknesses, who can bounce back when they fail.  Why?  Because at some point in college, you're going to fail.  You'll run for a club office and you won't win.  You'll get a 'D' on a test even though you studied hard.  You'll apply for a research grant and be rejected.  I promise you it's going to happen.

Nobody who's enjoyed a fulfilling and successful college career did so by being afraid to fail.  Colleges want those kids who are willing to put themselves out there.

It's, "I got a 'D' in chemistry because my teacher didn't like me," vs. "No matter how hard I tried, I just could not get a handle on chemistry."

It's, "I didn't make varsity soccer because there were so many politics involved," vs. "I'm not the best soccer player, but I love playing soccer anyway."

Learn the lesson now, and you'll not only get a little closer to college, but you'll also have no problem handling the "weakness" question when you apply for jobs after you graduate.

I received an email yesterday from
the mother of a Collegewise kid.  She'd read her daughter's college
essay and made "some changes," changes she said were "not drastic."  Her
daughter, however, was not happy about Mom's involvement.  Now they
were both upset and Mom wanted my advice about how to handle the
situation.

I told her she was a great parent and that she should be applauded for her good intentions, but that she
should run as fast as she possibly could in the opposite direction away
from her kid's college essays.  Right away.

Parents and college essays don't mix.  If you'd like to know why, I've shared a piece I wrote for our Collegewise parents here.  If you're a parent, I hope you'll give it a read (and if you're a student, pass it along to your folks). 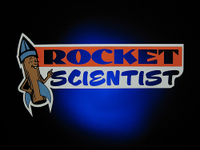 So, what if you haven’t won prestigious awards, earned a
perfect score on the SAT, or invented plutonium during your high school
years?  Don’t worry.  Impressing colleges isn’t as hard as you might
think it is.  Here are five college admissions tips, none of which require
that you invent a radioactive chemical element.

Colleges don’t just want students who plow through courses
and get good grades; they want students who are engaged in class, who like to learn,
and who make contributions by participating.  In fact, that’s why colleges
ask for letters of recommendation from your teachers–to learn if you’ve
demonstrated these qualities.  So put your hand up, ask questions and
contribute to class discussions.

END_OF_DOCUMENT_TOKEN_TO_BE_REPLACED 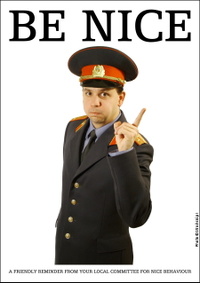 Good grades.  High test scores.  A rocket arm that can throw a football to a receiver who’s running a fly pattern in a different zip code.  All of those things are appealing to colleges.  But there are some qualities colleges would like you to have that don’t necessarily involve superior intelligence) or the ability to pick up the blitz).  Here are a few of them.

1. Be nice to the kids other students aren’t nice to.
Once they get out of high school, most students realize that
those kids who made fun of the socially less fortunate were actually gigantic
losers themselves. So be nice. Say “hi” to the kid nobody else says “hi”
to. Don’t join in when everyone else starts
to make fun of the easy target. Your
teachers and counselors will notice, the kid you’re nice to will appreciate it,
and you’ll be in line for karma points later in life.