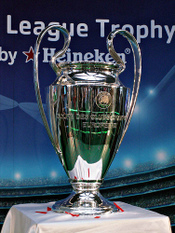 Not too many people get really, really excited about college trivia like we do.  But those who do certainly fared well in our college trivia contest in which we promised one month’s worth of free groceries to the person who fed us the tastiest morsel of college trivia.  And the winner is:

Tim Templeton doesn’t even work in education; maybe he should.  He sure does know an awful lot about his alma mater, Cornell University.  And Tim edged out the competition in our contest with his submission, "The Brain of Edward Rulloff."  Rulloff was a 19th century criminal dubbed the "learned murder" who had a dual personality.  A self-taught doctor and lawyer who spoke 28 (no, that’s not a typo) languages, Rulloff was also a thief and a vicious murderer whose victims reportedly included several members of his own family.  Today, Rulloff’s unusually large brain, one of the largest ever recorded, is preserved in the psychology department of Cornell University.  Now, that’s some good trivia.

We feel compelled, however, to point out that Tim neglected to tell us
that one
of the most popular college bars in Cornell’s home of Ithaca, NY is
none other than "Rulloff’s."  Had he submitted, "A popular college bar
near Cornell University is named after a serial killer whose brain is
preserved on campus," well, we might have had to buy him TWO months’
worth of groceries.  Nevertheless, Tim takes the trivia prize, and we
think it is well deserved.  Go Tim, and Go Big Red.

Our runners-up take home $50 Amazon.com gift cards which will undoubtedly be used to purchase books about college (we can recommend a few of our favorites if they’d like).

Paul Kanarek, President of The Princeton Review of Southern California, is good at taking tests.  He’s also pretty good at college trivia, as we have him to thank for pointing out that students at Santa Clara University can take a course called "The Joy of Garbage."  It’s true; we checked it out.  In fact, the on campus paper quoted the class’s professor as saying, "We sort through garbage on the first day of class, and I actually have
a closet full of (dry) garbage in my office for that purpose right now.
But it’s also a serious class that requires people to do research and
learn how to work with data."  Yes, the class even involves a field trip (photo at right).

And Teri Kuwahara, Director of the College and Career Center at Palos Verdes High School, knows some pretty good trivia, herself.   It’s not a secret that Yale is named after a merchant who donated the proceeds of nine bales of goods and 417 books to help the then-struggling college.  But Teri learned from a Yale tour guide that the man who convinced Mr. Yale to do it had already donated a great deal of his own money, books and energy to the school.  In fact, he appears to have been just as influential to the success of the college as was the Yale who got his name on the school.  Unfortunately for that important colonial figure, his name was Jeremiah Dummer.  And we’re guessing that Harvard students would absolutely have a field day if their rival were known as Dummer University.   So there’s a small plaque on campus that commemorates his contributions.

Mary Hesser, Director of Guidance at Christian Brothers High School in Sacramento, CA doesn’t limit her college knowledge to those in
the US.  She taught us something about Raisin Weekend at St. Andrews University in Scotland (Prince William’s
alma mater).   Let’s just say it involves alcohol, parents, shaving cream, and gifts of raisins.  We wouldn’t have believed it either, but you can verify it (and see more photos) here.

For her contribution, Mary takes home a copy of our favorite book on calming the college admissions hysteria, Harvard Schmarvard.  It’s clear Mary already has an appreciation for colleges outside of the name brand schools, so maybe she can pass this book along to one of her students who could use a reminder of just how many wonderful colleges there are from which to choose.

Thanks to everyone for participating!