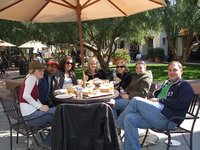 We had our first retreat in February (and by "retreat," we don’t mean a military operation in which we withdrew our forces). Our Orange County, Los Angeles and New York offices retreated to a classroom in Irvine for two days to discuss some of the finer points of college counseling.  What are some of the finer points?  Things like financial aid, crafting appropriate college lists, and improving our process for getting our seniors through applications.  And a scavenger hunt.

This photo was taken during the "lunch" portion of day #1, lunch being an especially finer point of college counseling.

Our retreat highlight was a (mostly) college-based scavenger hunt in which teams had to locate the dormitories at UC Irvine named after J.R. Tolkien characters, photograph themselves with a college sweatshirt wearing stranger, and most importantly, introduce themselves to a fireman who was not Kyle’s father.  Yes, that last item really had nothing to do with college.

Here’s a copy of the official Collegewise 2008 scavenger hunt (just in case your curiosity has gotten the best of you).  Download collegewise_scavenger_hunt_to_post.pdf

And here are a few photos from "the hunt"… 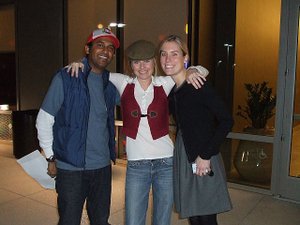 Arun and Kyle with Collegewise essay specialist, Amy (a photo with Amy was worth 5 points, and this team tracked her down at the Google offices). 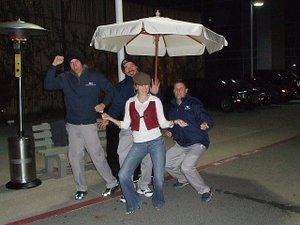 Kyle collects 10 points with this "dancing with strangers" photo (in this case, with willing parking attendants). 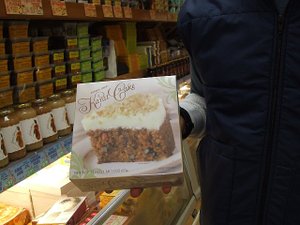 On this day, Trader Joes did in fact have "Karat Cake" in stock (a photo of which was worth 5 points).  Note from Kevin:  don’t bother going to Trader Joes to buy it.  They’ll inevitably not have it in stock when you get there. 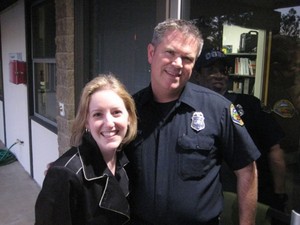 Jessica collects 5 points in this photo taken with a fireman who is not related to or living with Kyle. 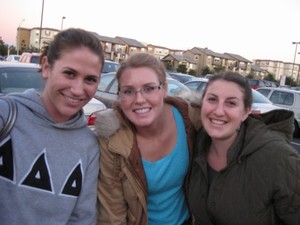 When they pledged a sorority, these UC Irvine Delta Delta Deltas with Margot (who’s on the right) probably didn’t know their pictures would be worth 5 points in our scavenger hunt.

Until next month, thanks for reading!