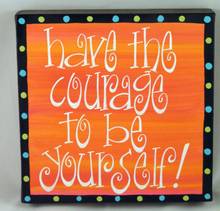 Arun Ponnusamy, director of our Los Angeles office, is riding high these days. His beloved Ohio State Buckeye football team is ranked #1—he hasn’t missed a game on his flat screen all season.

When she’s not in the office next to Arun, Collegewise Counselor Jessica Schattgen is planning her wedding. This means she can recite all the advice from Martha Stewart’s last six “wedding guides.” And in our Irvine, CA office, Allison Cummings thinks that Burger King’s “Whopper with cheese” is a culinary delicacy to be enjoyed as frequently as possible. She’s acting on that belief. Regularly.

Fascinating? Not necessarily. But that’s the point. All three of these Collegewise counselors are regular people like the rest of us. And all three used to work as admissions officers at selective colleges.

A lot of students and parents have an image of college admissions officers as humorless gatekeepers, moved only by super-human achievement and high test scores. And that image is what scares kids into writing safe, unrevealing essays about how playing soccer taught them the importance of hard work and commitment. That’s something they’ve likely never said to a friend, but will write in their college applications in the hopes of “sounding good.”

The vast majority of admissions officers we’ve ever met are like Jessica, Arun and Allison—warm, likeable, and sincerely committed to doing what’s best for students. But more importantly, they’re real people with real personalities. They’ve got interests, likes, dislikes, quirks, strengths and weaknesses just like the rest of us. And they want to see that side of the applicants, too.

Some of our most successful applicants wrote essays about losing every election in high school, cooking spaghetti with grandma, flipping burgers at McDonald’s, and enduring the teen embarrassment of inheriting the family mini-van. It’s these kinds of stories that reveal the real kids behind the paper applications.

So no matter what college you're applying to, we always recommend that kids just be themselves. Arun would never admit this, but he would even have admitted a kid who rooted for Ohio State’s most bitter rival, the University of Michigan (as long as the kid didn’t insult the Buckeyes).